From 15th to 20th July 2019 the 29th International Cartographic Conference has been held in Tokyo. 950 participants from over 75 countries attended the conference, with 750 presentations, 150 sessions and 400 participants for the opening reception.

Yoyogi Park is located on the site where, on December 19, 1910, Captain Yoshitoshi Tokugawa made the first successful flight in Japan. Later the park was the site of military parades of the Japanese imperial army. From September 1945 the park hosted the “Washington Heights” military barracks for US officials during the Allied occupation of Japan.

In 1964, the area was used for the Tokyo Olympics which hosted the main Olympic village and Yoyogi national gymnasium. The characteristic building, designed by Kenzo Tange, housed swimming and diving, with an attached basketball facility.

In 1967 most of the area north of the gymnastic complex and south of the Meiji Shrine was transformed into Yoyogi Park. 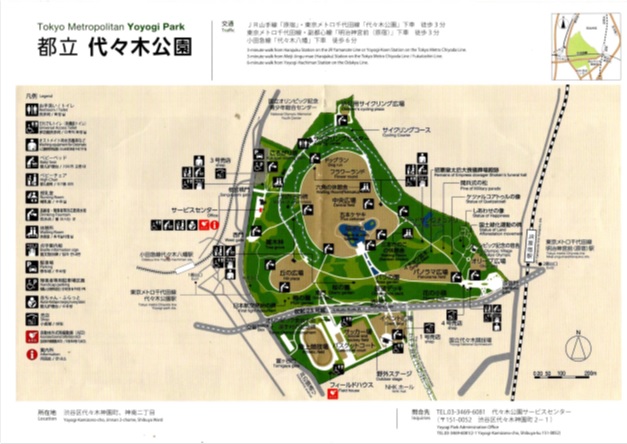 Japanese rock music fans, jugglers, comedians, martial arts clubs, cosplayers and other subculture and hobby groups. During the hanami the park is visited for the spectacle of cherry blossoms. In the park there are picnic areas, cycle paths, bike rentals and public sports fiel The 2016 Summer Olympics no longer held had foreseen the redevelopment of the Yoyogi Park, designed in the above image.

At the 2020 Summer Olympics in Tokyo, the Yoyogi National Gymnasium will be the venue for handball events.

The participants designed on maps some suggestions for Stratigraphic Mapping. 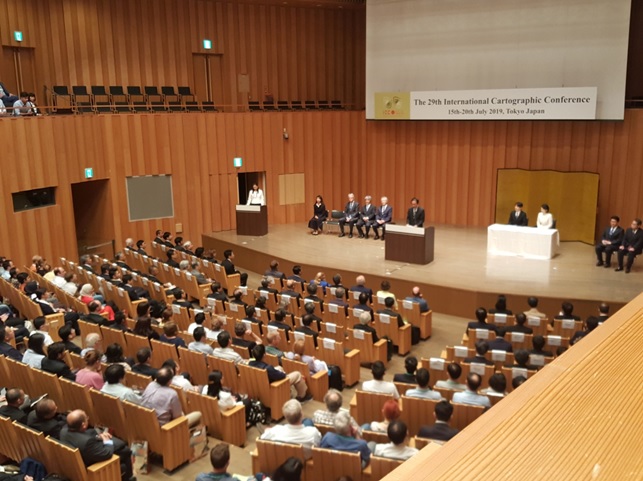 The opening ceremony depicted in this image took place on 15th July with the participation of the imperial couple, His Majesty Naruhito and his wife.

The Commission in its Business meetings involved many participants, mostly young people. The discussions were very interesting about innovative themes. Some of these themes are listed separately on this website.

In the following photos some meetings of the Commission are documented. 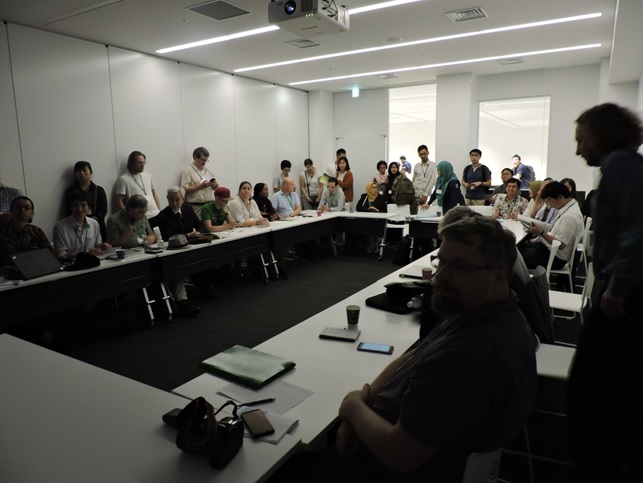 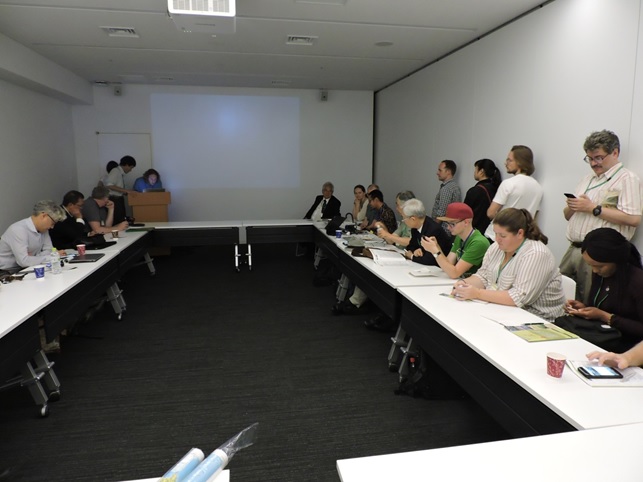 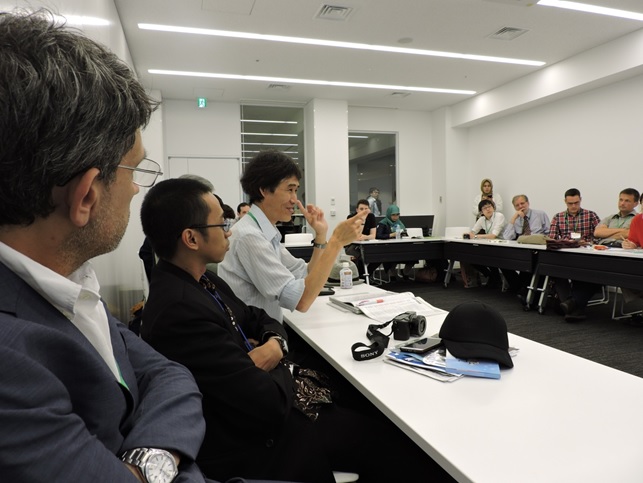 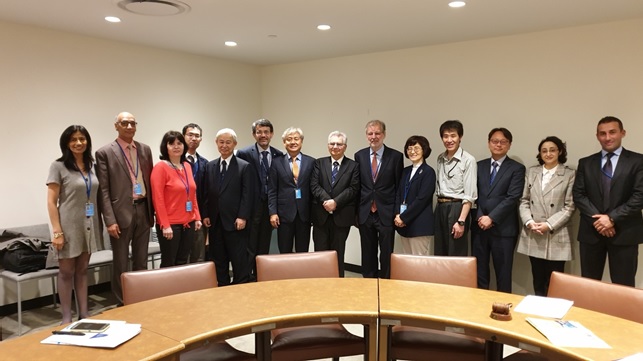 Some members of the ICA-IGU Joint Commission on Toponymy.