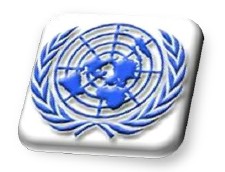 The Romano-Hellenic Division (RHD) of the United Nations Group of Experts on Geographical Names (UNGEGN) announces its third International Scientific Symposium focused on “Permanence, transformation, substitution and oblivion of geographical names”, in close cooperation with the Italian Geographic Military Institute and the Regional Council of Campania – Directorate General for the Government of the Territory.

The event will be held in Napoli [Naples], Italia, from 22nd to 24th September 2021. Members of the UNGEGN, geographers, historians, linguists, planners and cartographers are cordially invited to take part in the symposium. Participation is free of charge. Language: English.

Announcements of papers and submissions of abstracts (max. 400 words – in English) may be e-mailed to the chairman of the RHD (see Registration form below) no later than May 30, 2021.

Extended abstracts should be e-mailed to the same addresses no later than June 29, 2021.

Scientific committee of the Symposium:

Under the auspices of: