Vienna: 50th Anniversary of the Austrian Board on Geographical Names – Report

50th Anniversary of the Austrian Board on Geographical Names

Austrian Board on Geographical Names (AKO) 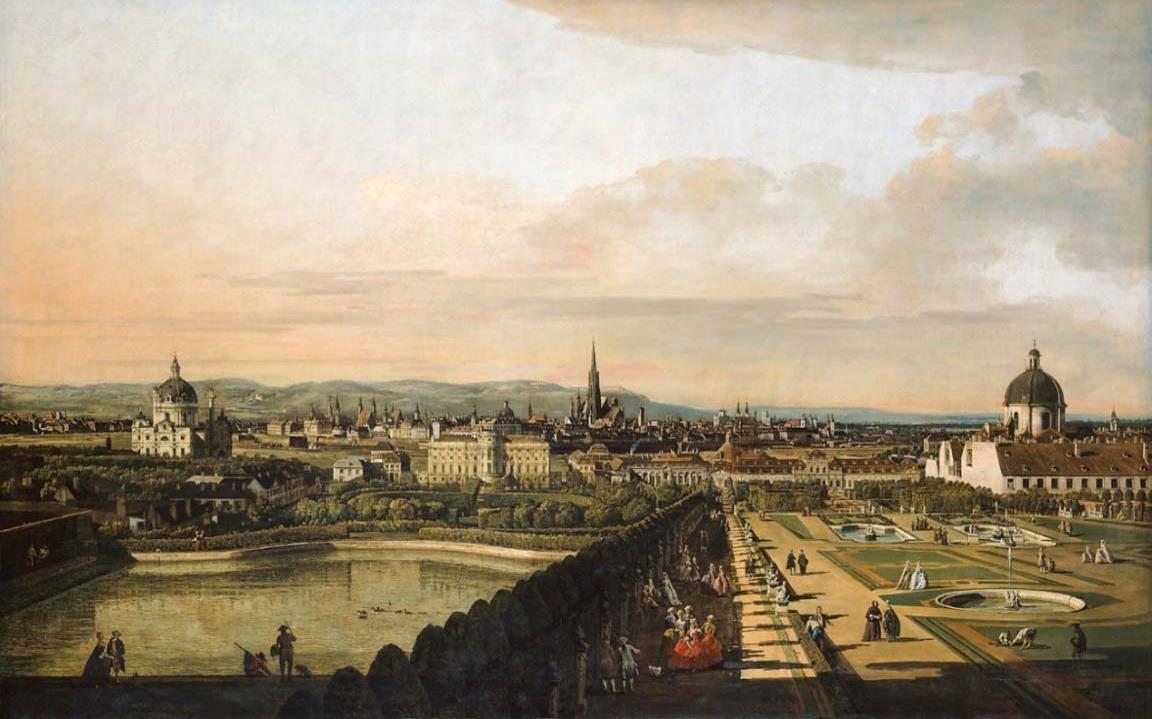 From 6 to 8 November 2019 the above joint meetings have been held in Vienna in the Federal Office of Metrology and Surveying (BEV),  Bundesamt für Eich- und Vermessungswesen,  Schiffamtsgasse 1-3 1020 Wien [Vienna] Austria.  The morning of 6 November  was dedicated before to the 146 Meeting, Permanent Committee on Geographical Names [Ständiger Ausschuss für geographische Namen, StAGN] (in German) and in the early afternoon to the 50th anniversary of the Austrian Board on Geographical Names. The in-depth discussion had as its main object the map of Europe with endonyms and exonyms. Peter Jordan and Gerhard Rampl expressed their opinions on the subject among others.

In the afternoon of  November 6 the first session was dedicated to The research field and transcontinental contacts with an introduction by Peter Jordan on Place names and migration and with contributions by Ferjan Ormeling (Dutch names worldwide – the naming behaviour of Dutch explorers in the 17 century),  Fatima Louati & Souad Bouhadjar (A diachronic study of Phoenician place names: Case studies of some place names in the Middle East and North Africa), Cosimo Palagiano & Ester Capuzzo (Transfer of place names from Italy to Latin America), Andrej Herzen (Historical-geographical context of transferred toponyms).

On the morning of 7 November the second session was dedicated to extra-European situations, under the chairmanship of Sungjae Choo, who spoke of Impact of migration on place names. A case of the impelled migration before and during the Korean War.

The contributions of Young-Hoon Kim (Migrated place names in the Manchuria region in China from Korea during the 19th and 20th century), Peter Kang (Hokkien toponyms in Batavia, Java: Case from those used in minutes of the board of the Chinese Council, 18c to 19c), Wenchuan Huang (The colonial legacy of street names in Hong Kong), Vladimír Liščák (Han immigration to Taiwan since the 17th century and changes in place names), Bogusław Zagórski (Arabic toponyms in migration), Philip Matthews (The impact of British immigration on New Zealand geonames) were discussed.

During the Session 3 European situations have been discussed, chaired by Ferjan Ormeling. The presentations by Arjen Versloot (Place names as a key to historical migrations: a GIS-approach), Mandola Małgorzata (Linguistic migrations of place names), Alas Marit (Place-name use in Estonia- postcolonial  situation), Tiina Laansalu (Transferred names and their interpretation in Estonian toponomastics), Wojciech Włoskowicz (Migrations as the cause of diachronic toponymic layers in the Bieszczady Mountains), Mácha Přemysl (Migrants and migration in the linguistic landscape of a Moravian city), Helge Paulig (The names of populated places in East Upper Lusatia as a result of Sorbic/Boemian, German and Polish settlement), Peter A. Weenink (Where the Chinese went to feed our Europe) were discussed.

An excellent social dinner invited by Peter Jordan at the occasion of his 70th birthday was the nice conclusion of the working day.

The 4th Session on European situations II  on 8 November was chaired by Oliviu Felecan. Guido Lucarno opened the Session with an appreciated presentation on the toponyms of Walser immigration in the Italian Alps since the 13th century. The presentations by Heinz-Dieter Pohl on Slovenian toponyms in Carinthia and East Tyrol, Oliviu Felecan on Romanian unofficial urban toponyms related to recent migration,  Ivana Crlijenko on Traces of Croatian migration in the toponymy of several European countries, Attila Sasi & Gábor Mikesy on Pannonian Basin – on the crossroads of peoples, Margareta Magda Manu on Use of exonyms of the local group by migrants (and vice versa): the case of Transylvanian multiethnic communities were the passing of this interesting  three-day event.

In the evening of 8 November guided tours in museums took place. The most attended were the Map archive of the Federal Office of metrology and Surveying (BEV) with historical maps of the Habsburg Empire, The Museum of Globes, with globes by Martin Behaim, Vincenzo Coronelli and others, and didactic tools, and The Albertina with many paintings by Albrecht Dürer.

Throughout the Symposium the discussions were very broad and in-depth, with mutual benefit from all those present. Part of the reports considered the linguistic aspects of migration, with very strong impacts on history and geography.
I must conclude this report with great applause to Peter Jordan, a lively animator of the discussions, with interesting and pertinent observations.

Helen Kerfoot effectively outlined Peter Jordan’s scientific and human personality
Another thanks goes to Gerhard Rampl, who was always active and involved in the event. 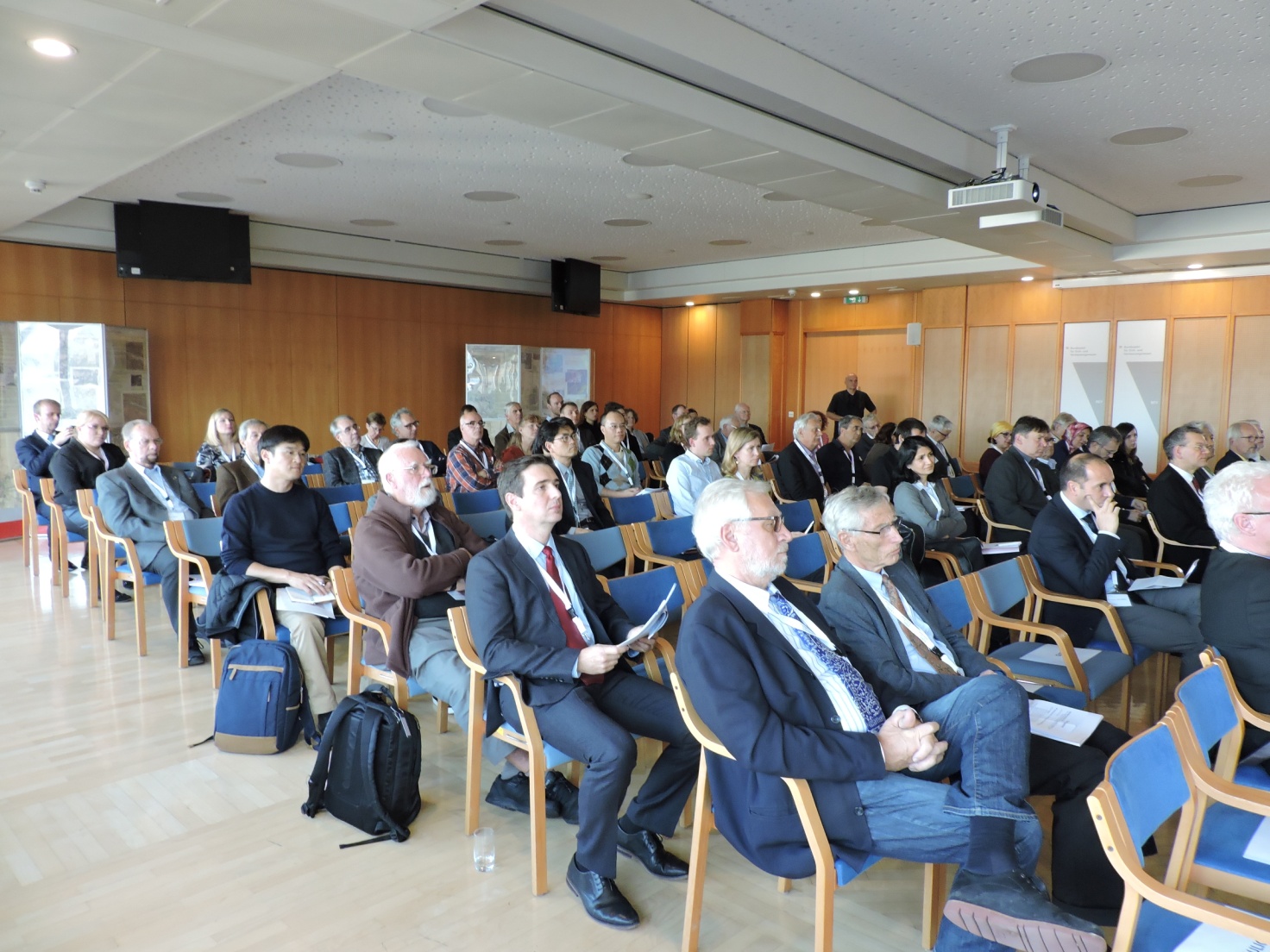 The participation audience at the conference 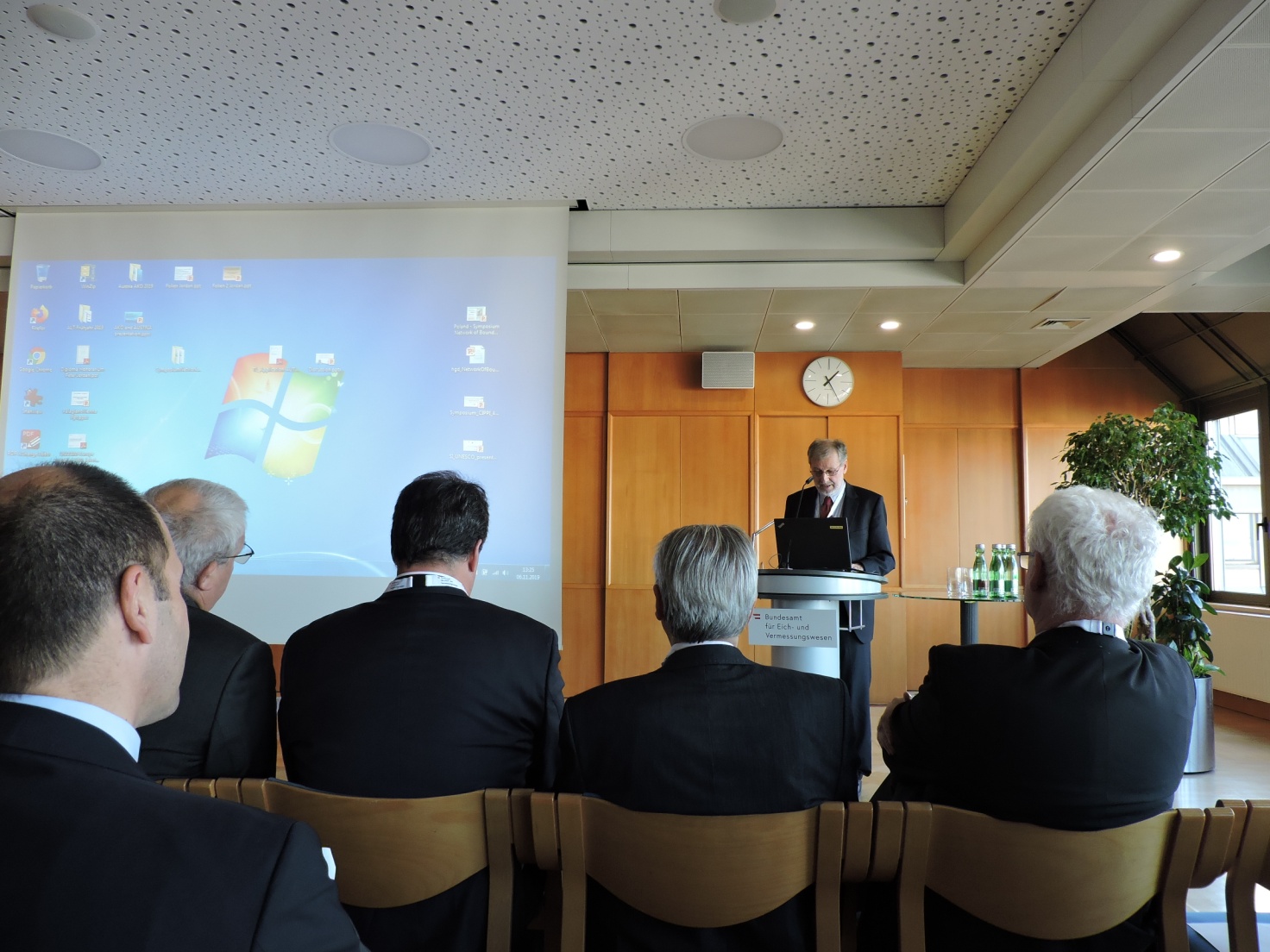