The International Symposium on Place Names  (Clarens (South Africa) from 18 to 20 September 2019). 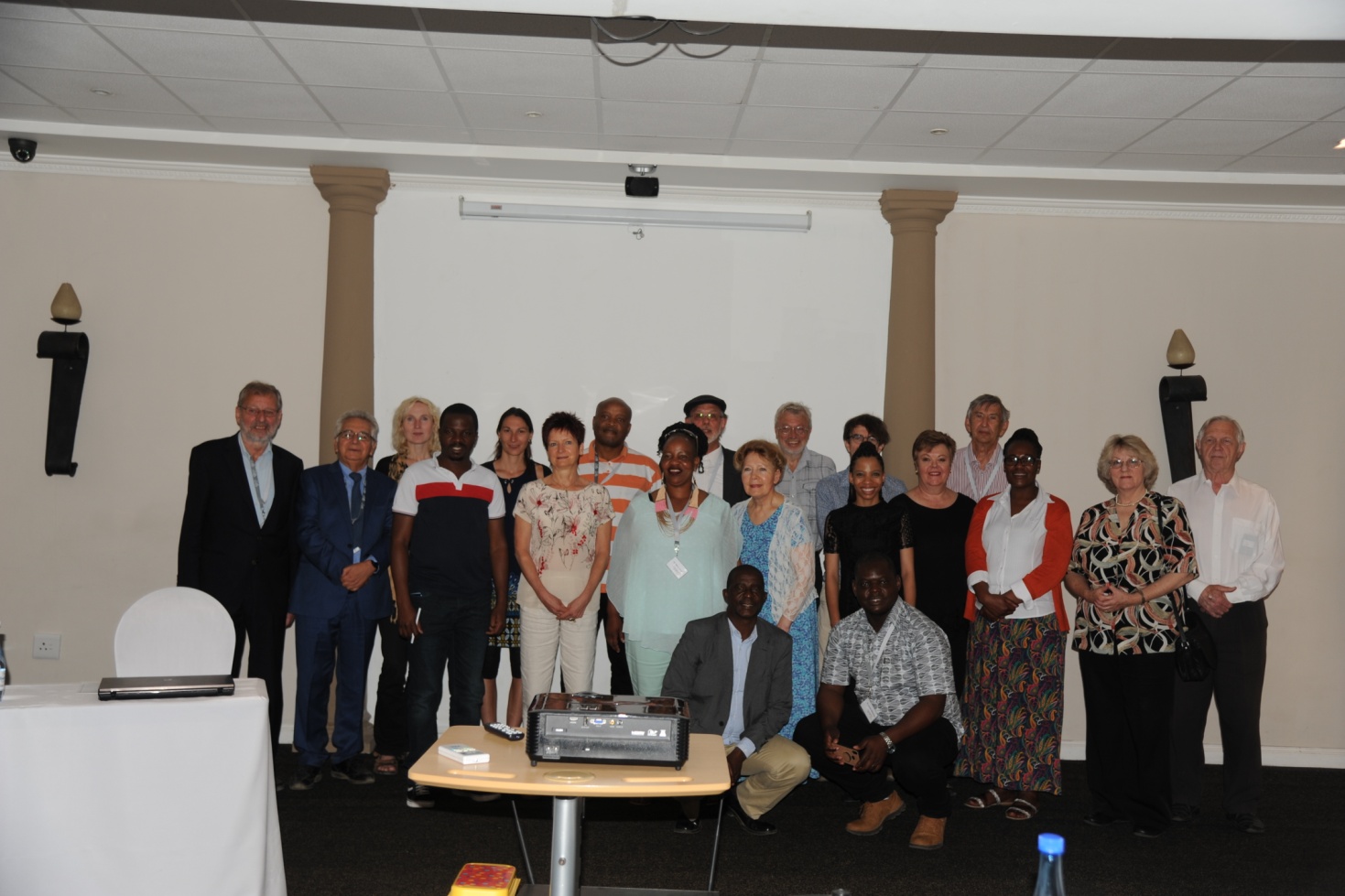 The International Symposium on Place Names was held in Clarens (South Africa) from 18 to 20 September 2019. The theme chosen this year was: recognition, regulation, revitalization: place names and indigenous languages. After the welcome greetings of Prof. Theo du Plessis and Peter Jordan, the latter on behalf of the IGU-ICA Joint Commission on Toponymy  Prof. Jordan illustrated the “Current geographical research directions in toponymy”: the toponymic research (i) in cartography gives the obvious importance of place names for map reading and in the various choices a map editor has when defining the place-names system of a specific map, (ii) in geography geographical spaces and geographical features as human constructs have become the prevailing paradigm in this science. Jordan highlights some major research currents such as looking at place names as mediators between human and space. 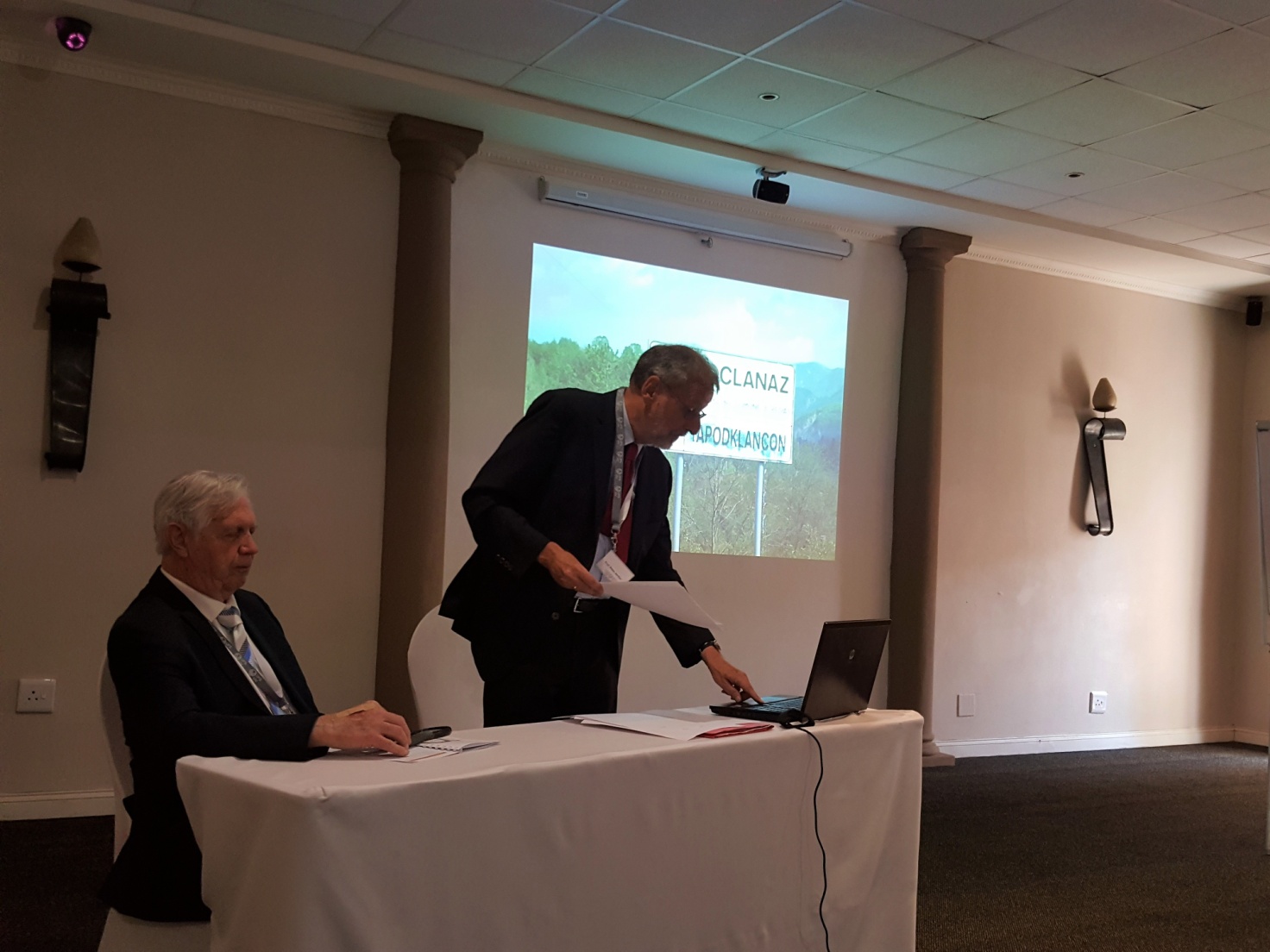 Charles Pfukwa seeks to locate toponymy in the indigenous languages in Zimbabwe and beyond. He briefly examines some of the theory that anchors toponymic research   in the region and beyond.

Emphasis will be in theme such as oral cartography, indigenous languages and conservation, politics and power, as well as other issues of the 21st century that will influence research in toponymy in Zimbabwe and elsewhere.

Palesa Khotso focus attention on Roma in Lesotho and its inhabitants Basotho. At Roma, like in almost all towns and villages in Lesotho, there are no boards indicating place names, because they have been eradicated together the history and the culture they carried. The study recommends to preserve and conserve indigenous place names in Roma town and perhaps other Lesotho towns and villages.

Helena Liebenberg looked the VOC (early Dutch East India Company ) Daghregisters of the Cape of Good Hope, daily journal in which important events were meticulously recorded By disseminating this series of Cape archival documents covering the VOC Period (1652-1795) one is able to follow the tracks of a wealth of not only indigenous place names, but also the names of indigenous tribes and their captains and chieftains by VOC officials during expeditions into the unknown and vast interior and as far as Mozambique along the Eastern Cape coastline.

Jani de Lange presented a paper about the Dictionary of Southern African Place Names, which identifies 735 names with a NBICL (Non-Bantu Indigenous Click Languages): These names can provide guidance in an inclusive restoration process. The focus specifically falls on the restoration of NBICL place names.

Lucie Möller presents a well-known method to uncover the origins and meanings of ancient indigenous place names, which works from translated toponymic texts, especially those taken from toponymic cluster formation in a region. This method of detecting, through translated toponyms, previously unknown or historically ‘lost’ names contributes to a base of cultural language artefacts.

Peter Raper pointed out that the diversity of Bushman language and the proliferation of orthographic rules applicable to modern language preclude the restoration  of Bushman place names, unless the standardised traditional conventions applicable for centuries to the individual extinct language are employed.

Riemer Reinsma tries to identify regional linguistic characteristics in the nicknames and tries to realte them to specific existing locations. Two factors may be supposed to have played a part in making some really existing locations inspirational: 1) their remoteness, and 2) their agrarian character, But a third factor must be considered: the linguistic distance between regional languages concerned and the standard language.

Zvinashe Mamvura examines the influence of the social realities obtained in the European society on the system that the Europeans used to assign names to places in Salisbury, Rhodesia.

Frédéric Giraut focuses on the 2018 International Symposium on African Contemporary Place Naming in Niamey, an initiative for an African Neotoponymy Observatory in Network, which was launched conjointly by the University of Geneva and Niamey, with the support and participation of many African and European Toponymysts.

Marie Rieger  remembers the exploration of Oaskar Baumann in the of Usambara mountains in 1888 and 1890, with the aim of creating a map that was actually published together with two travelogues containing the names of more than 200 geo-objects. Reviewing the list today, a number of names came down to us unaltered, e.g. Bumbuli, Magamba, Mlalo,. Others have adjusted their spelling, but are still recognisable, whereas other changed considerably. Rieger will conduct a study in order to trace stability and change in Usumbara’s toponomasticon. 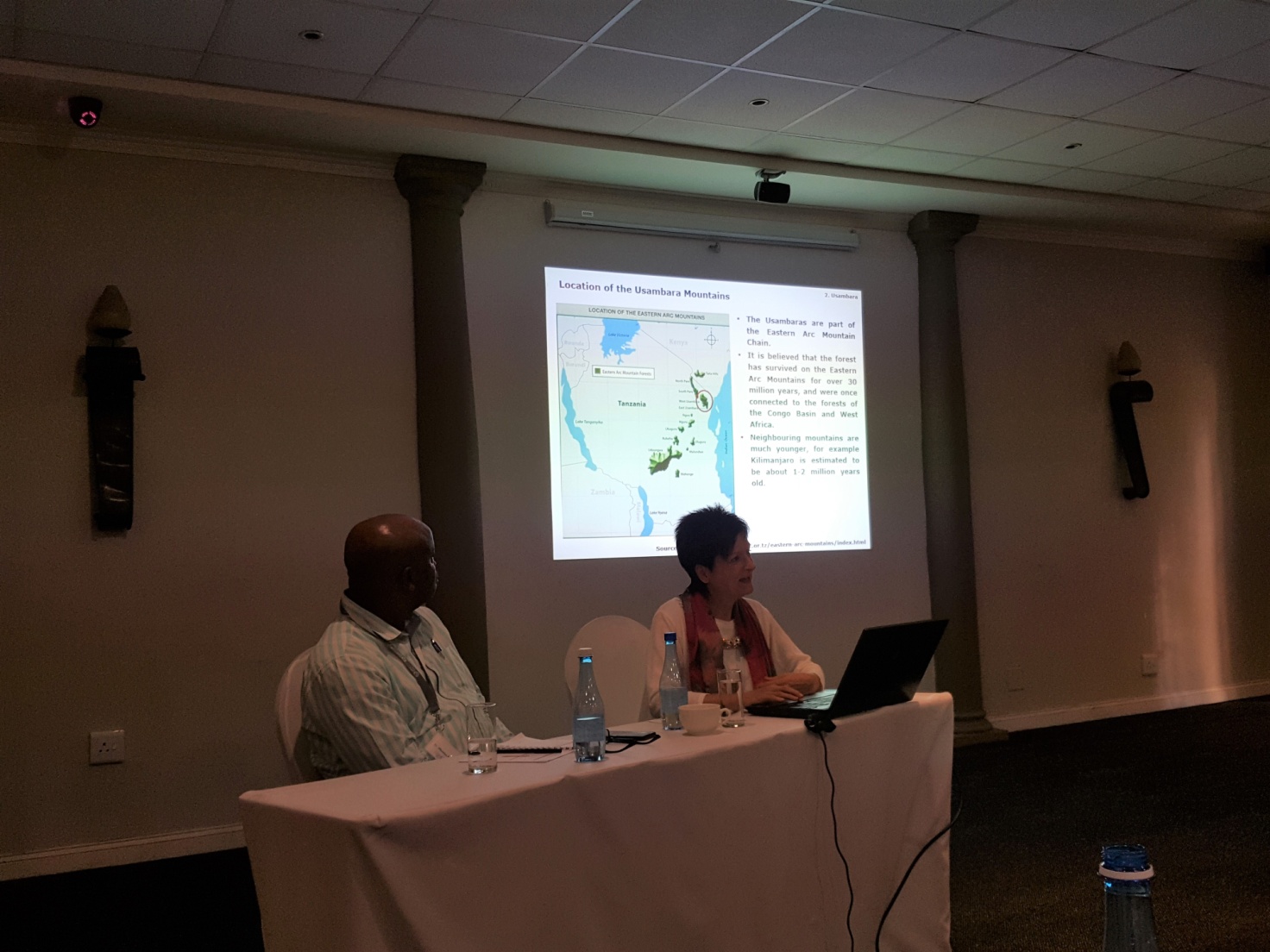 Sindiso Zhou et al. trace the place-naming pattern in Bulawayo’s We need New Names, their reading of which indicate that people not only need new names in the post-colonial state dealt with in the text, but also in the places, which need to be named to reflect what has become of them following the political, cultural, social and especially economic decay that has taken place in the country.

SL Ntuli explains that through the course of history, some of South African landscape names have been subjugated by foreign languages, moving some of them almost into oblivion. The focus of the study is on the coastal belt of KwaZulu-Natal, mainly the North Coast. 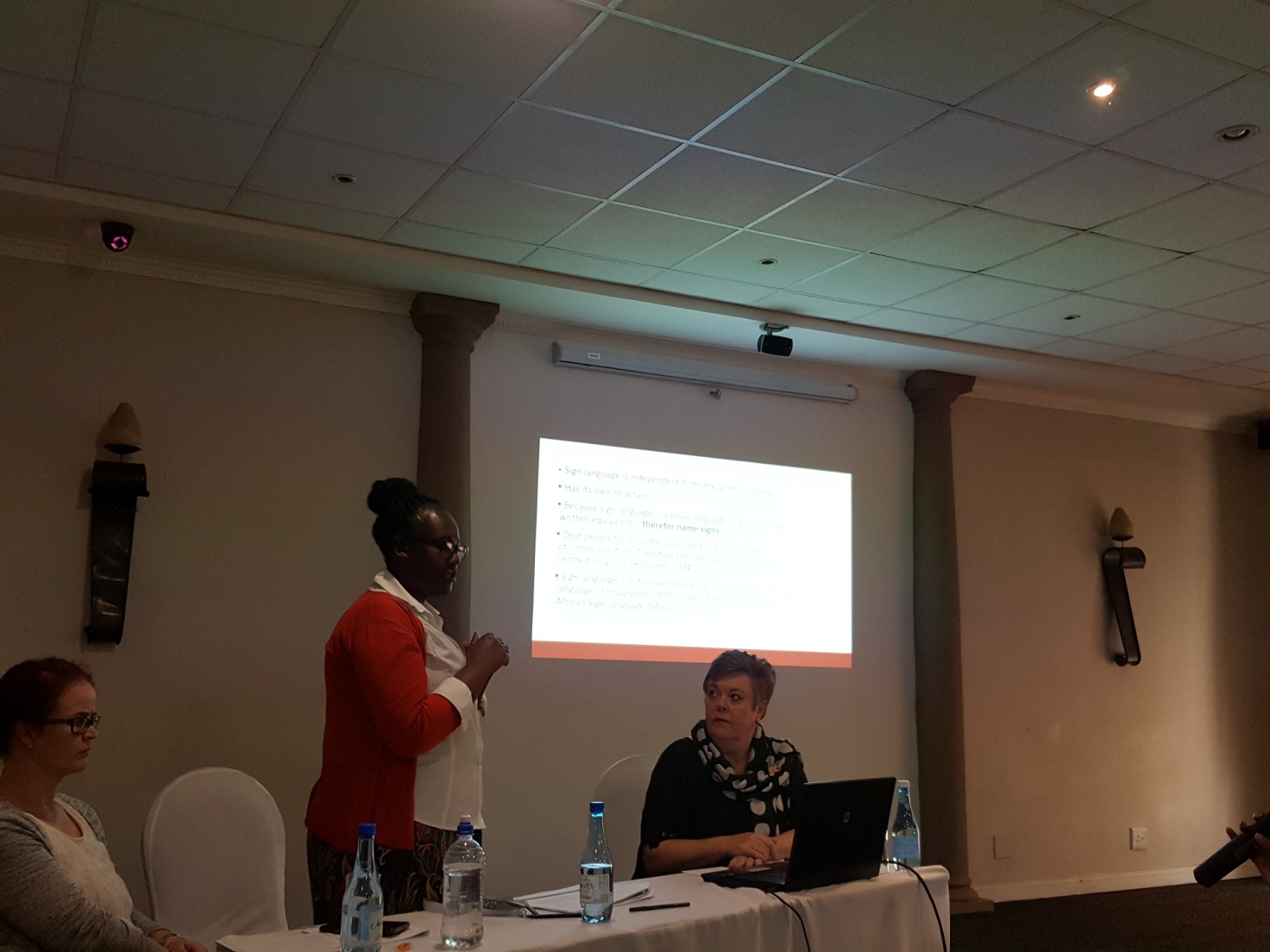 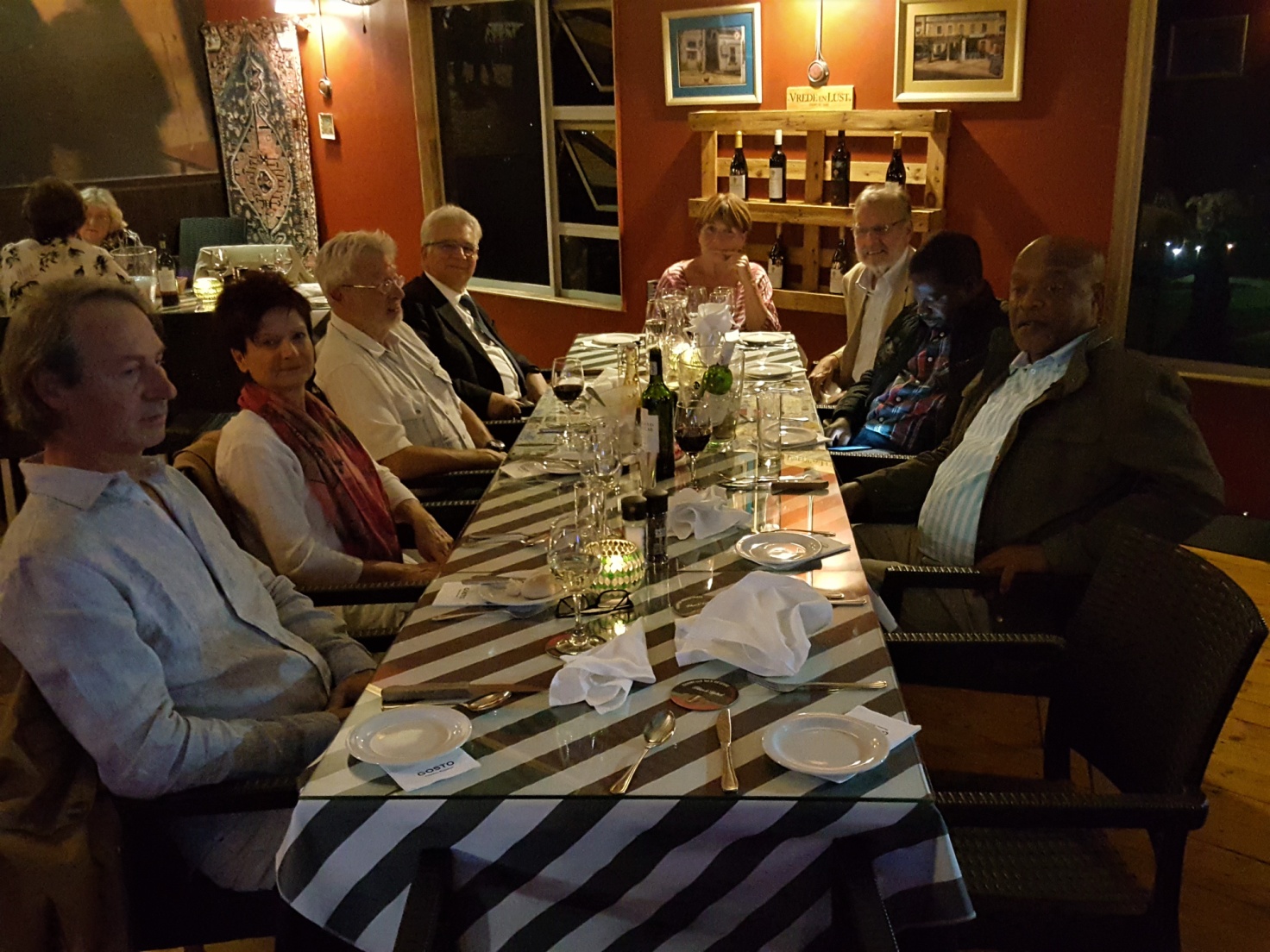 During the excursion the scenic view of Golden Gate National Park was admired, with view of  the amazing rock features that are close to the road and  herds of wild game.

In the Basotho Village it is possible to learn how the Basotho people have evolved from way back in the 1600′s up until present time. It is possible to visit their homes and  to learn some of their culture. Early, Middle and Late Stone Age sites are of considerable interest. 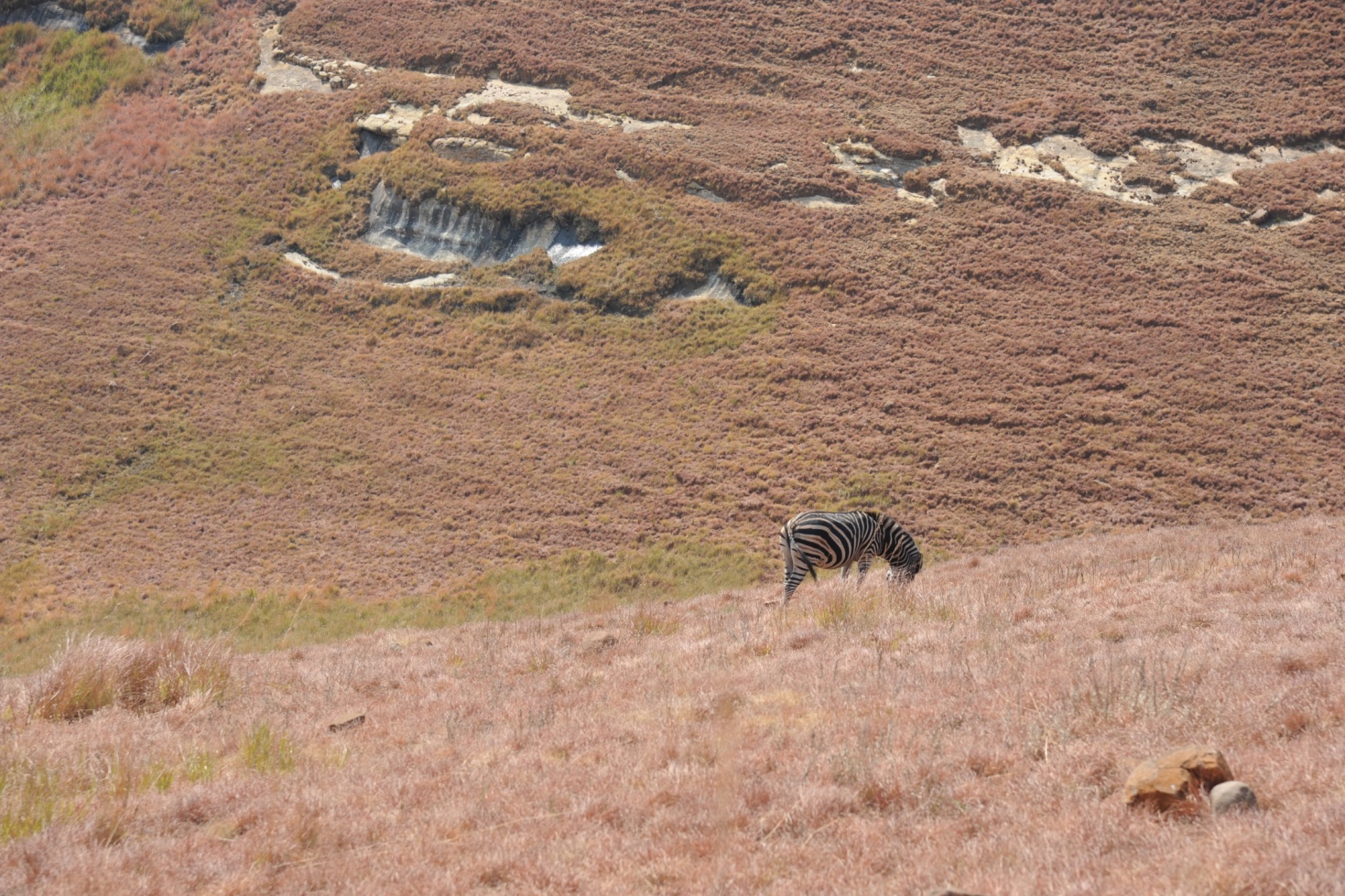 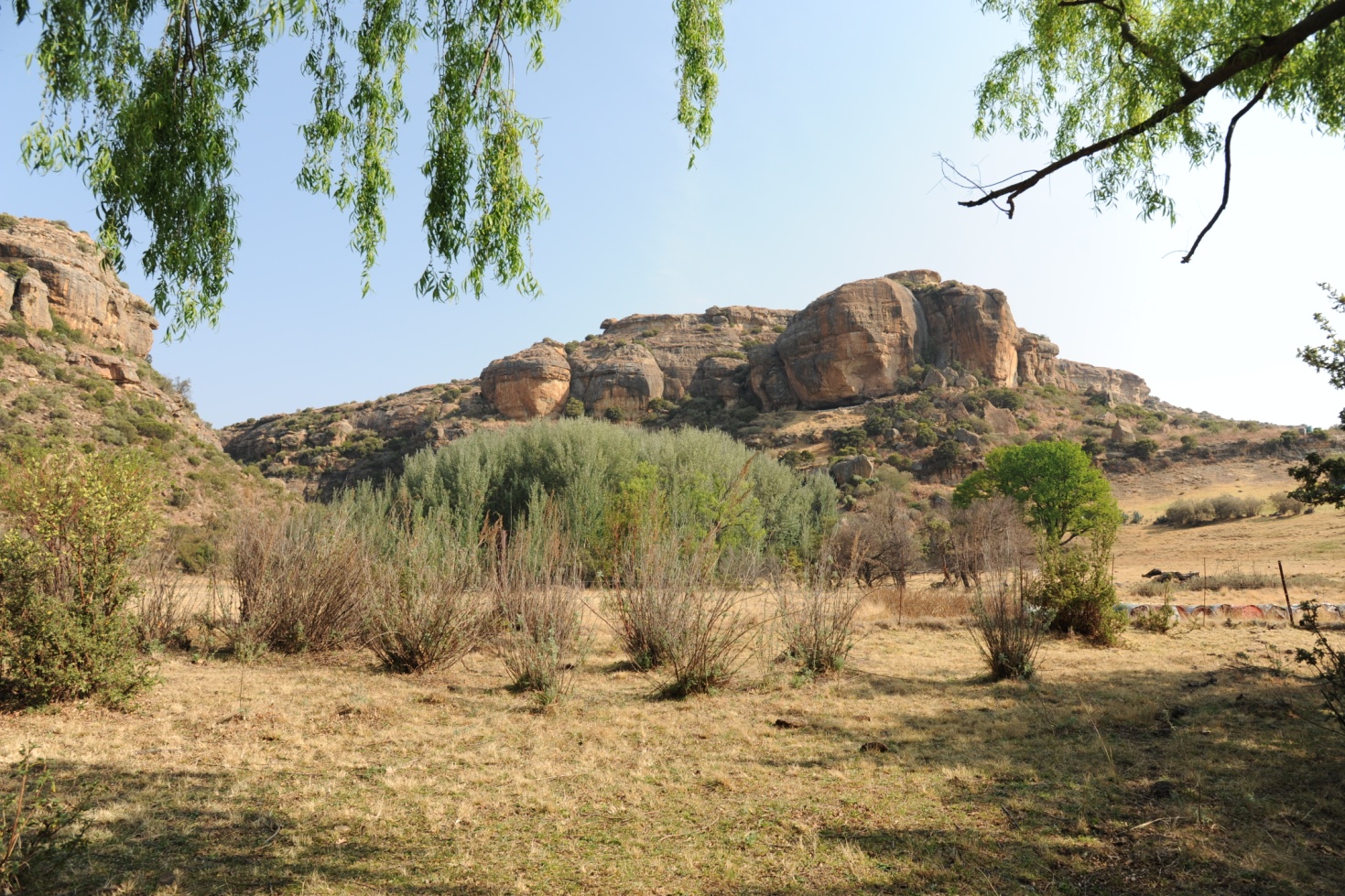 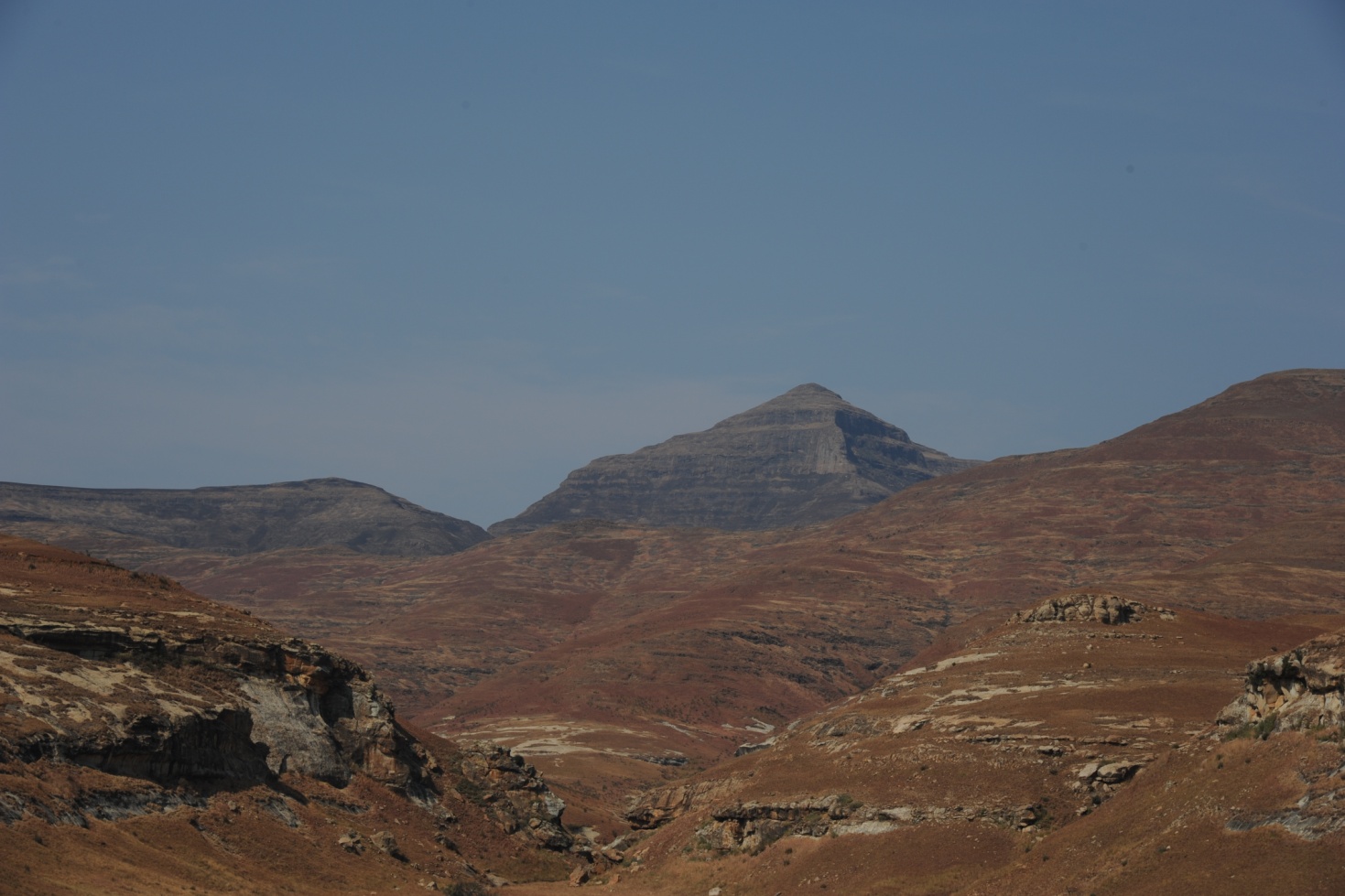 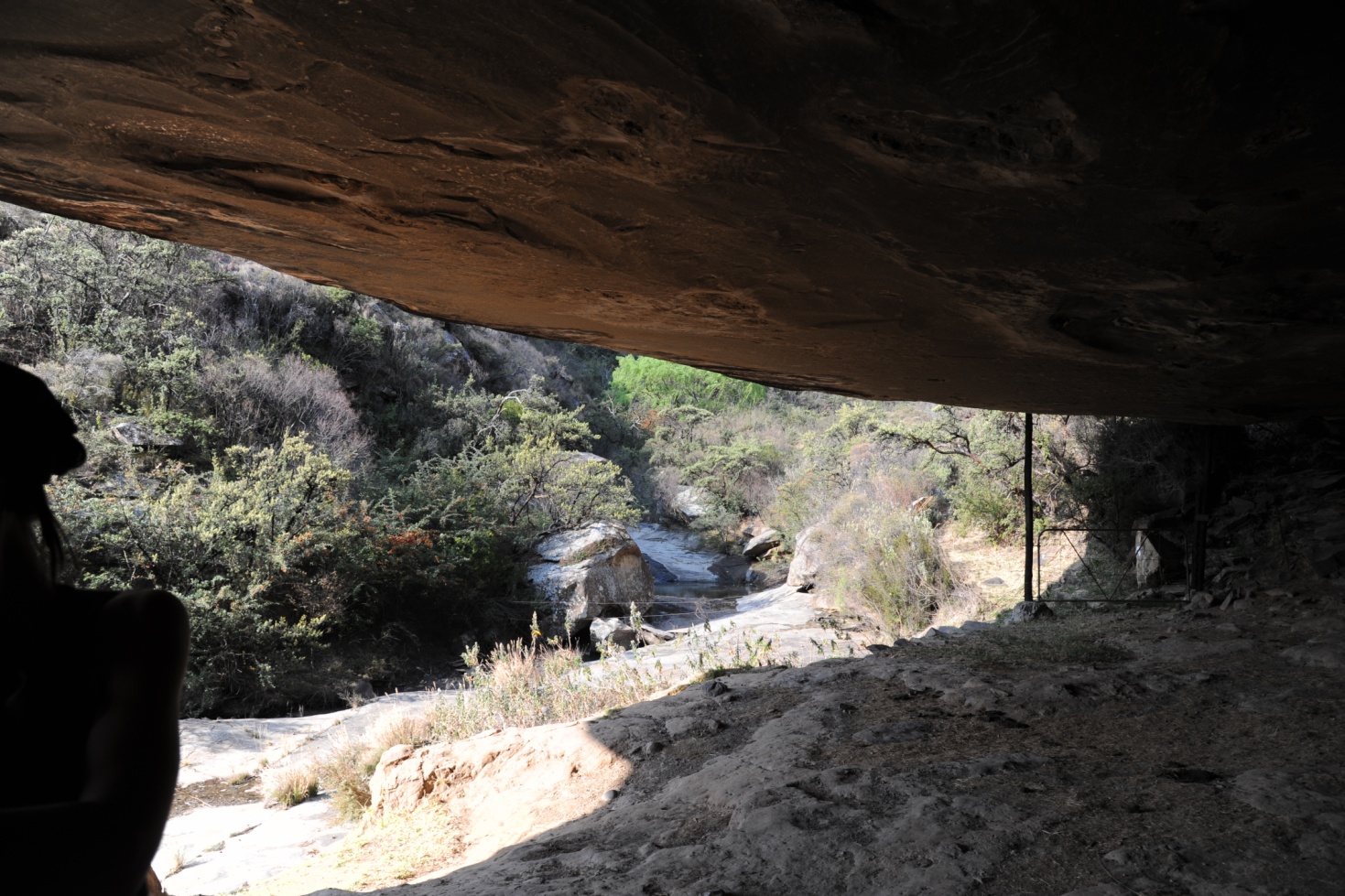 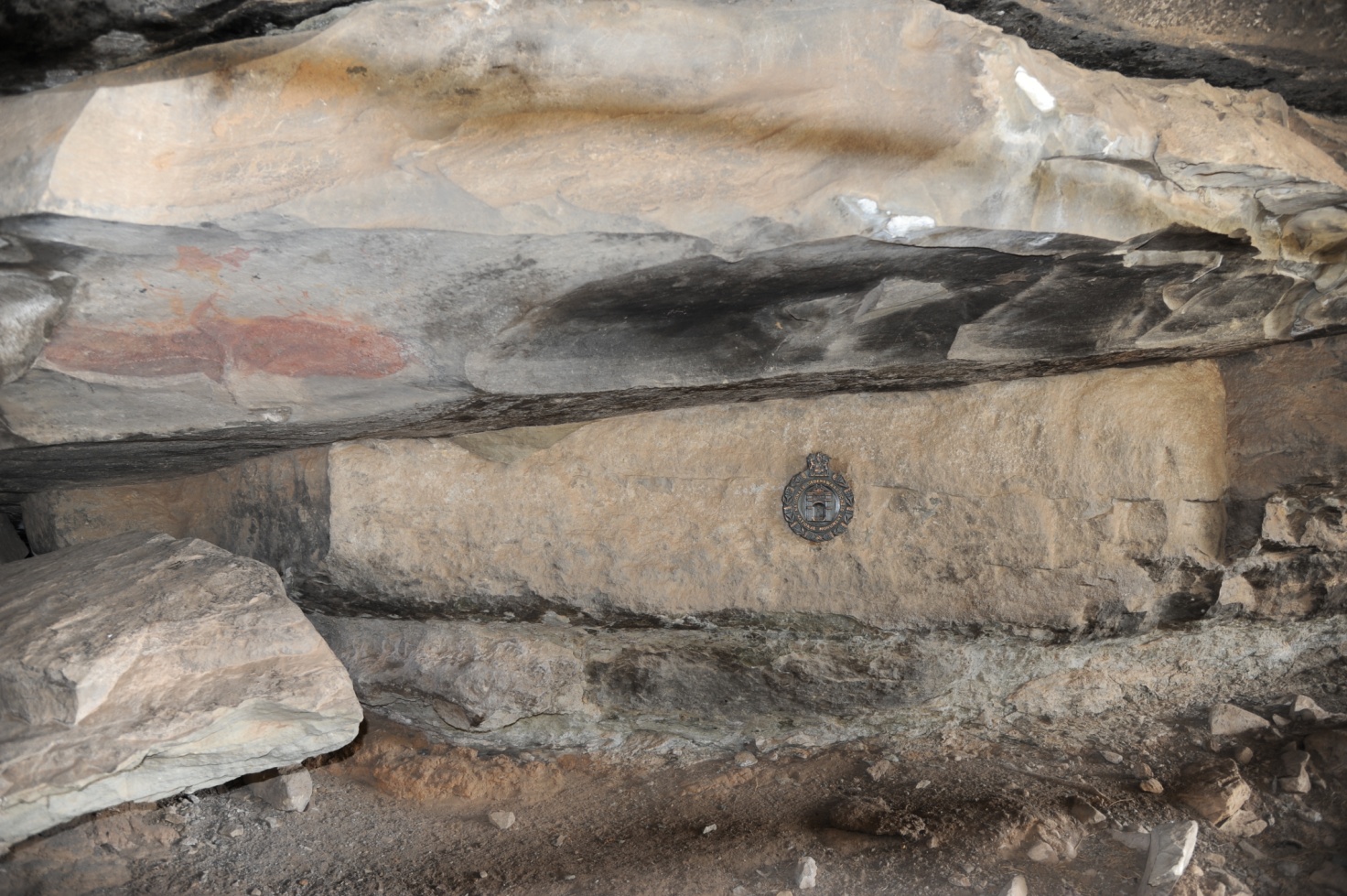 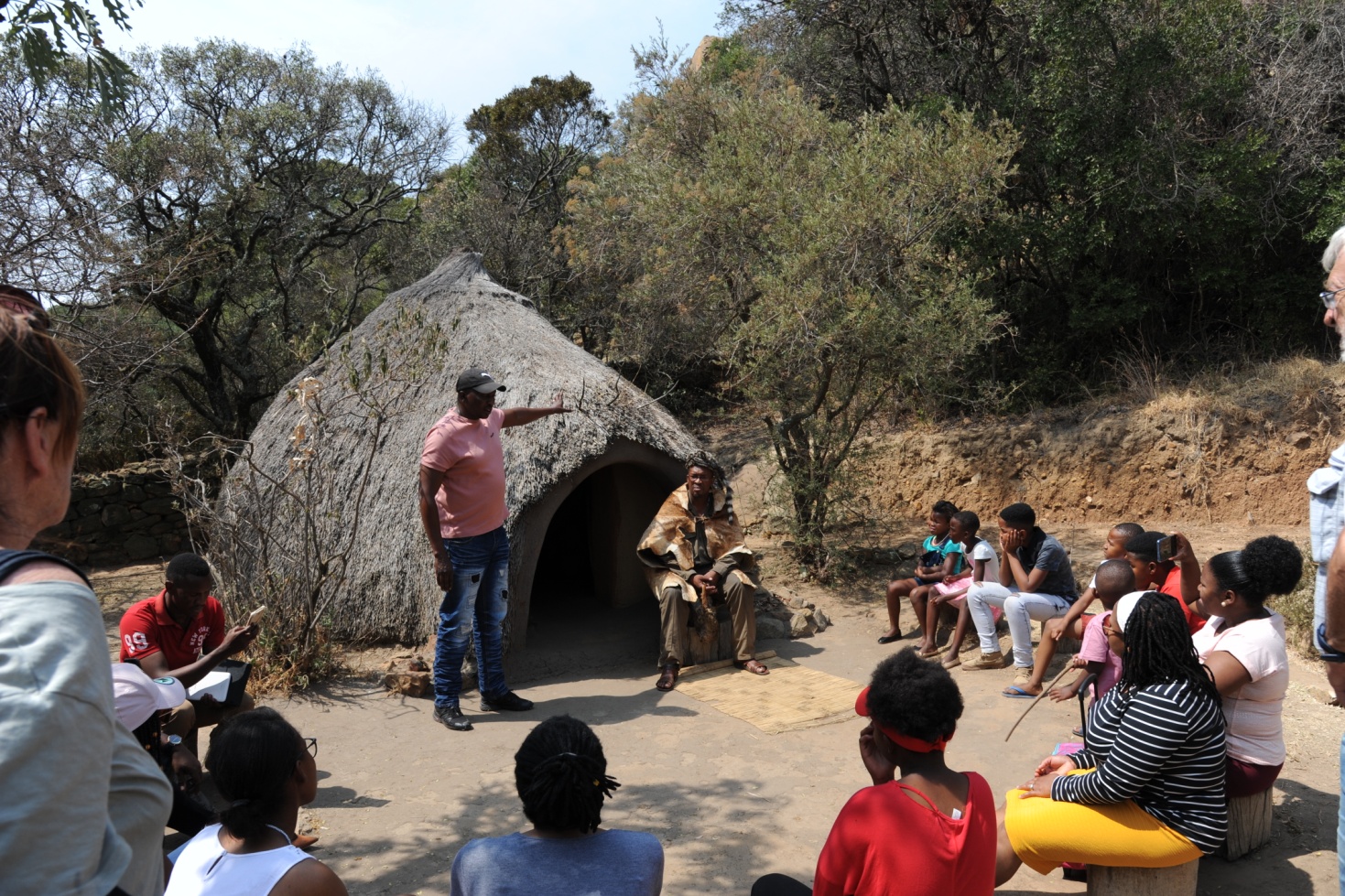 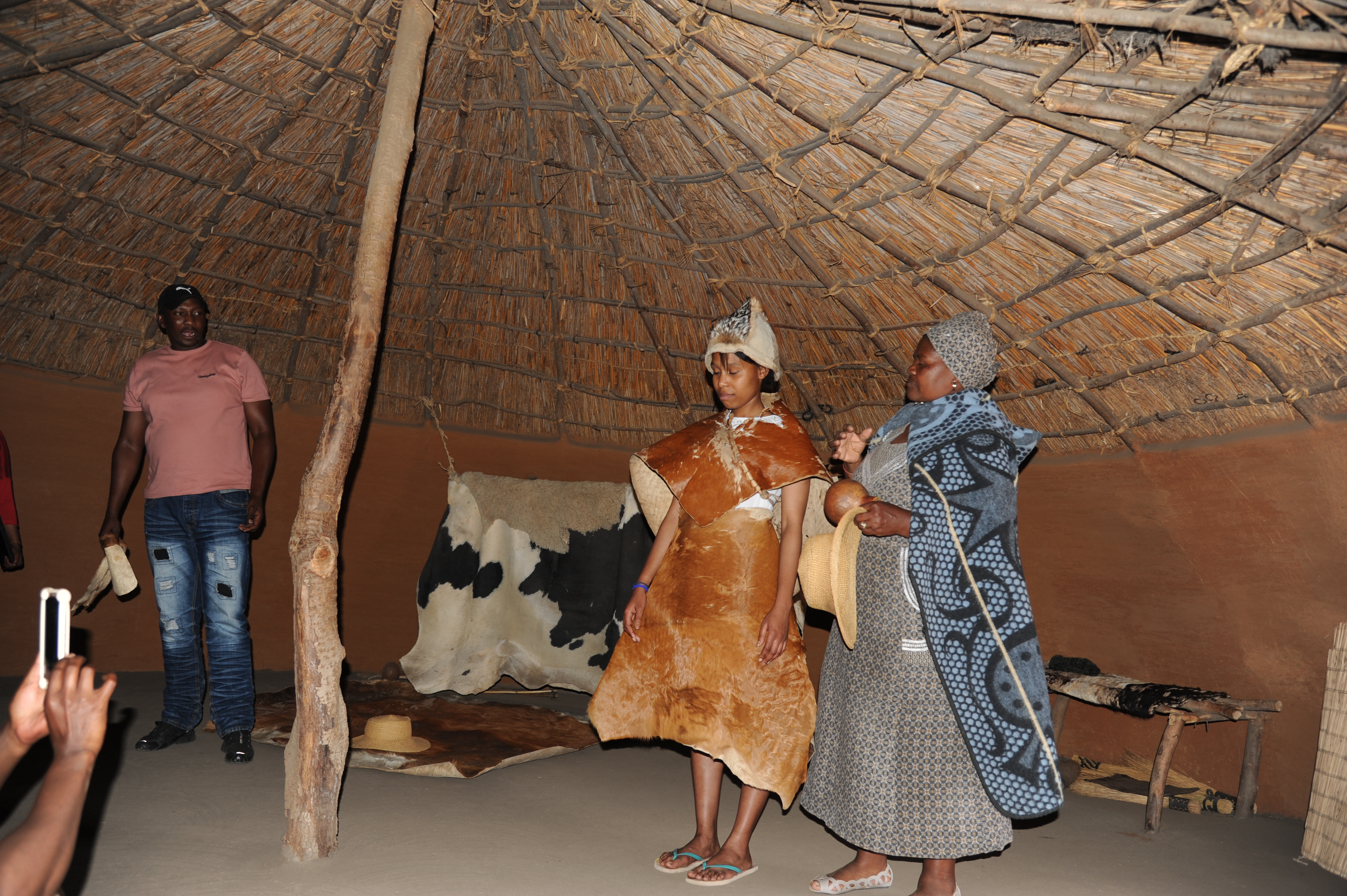